Shukokai (literally translated as “Way for All” or association of those who study together) was founded by Tani Chojiro in 1949. Sensei Tani started his formal Karate training under Miyagi Chojun, founder of Goju, whilst a student at Doshisha University, Kyoto. After some years, Miyagi Sensei returned to Okinawa and Sensei Kenwa Mabuni, founder of Shitoryu took over the teaching. In deference to his friend, whom he had assisted on his arrival in Japan, Mabuni Sensei only taught Naha-te at the university karate club.

On graduation from university Sensei Tani followed Mabuni learning first the Shuri-te system and then ultimately the developing Shitoryu system. After many years of training under Mabuni as one of his most senior students, Sensei Tani received the certificate of succession, entitling him to use the name Tani-ha Shitoryu (the Tani sect of Shitoryu).In 1949 Sensei Tani, whilst still a high school teacher, founded his own school, which he called Shukokai.

On the death of Mabuni Kenwa, in 1952, many of the senior students went their own way and at this time Tani Sensei adopted the name bestowed by Mabuni, Tani-ha Shitoryu – and with two other senior students, Fujiwara and Fujitani, began creating the world wide system, for which he is now so respected. Fujiwara Sensei died some years ago and Fujitani Sensei now heads his own organization called Myobukai.

Shukokai has been taught outside Japan mainly by three senior instructors, Kimura, Nanbu and Suzuki, between them assisting in the creation of a worldwide recognition and respect for their style. Chief Technical Master of Shukokai was Shigeru Kimura, 8th Dan. Sensei Kimura commenced karate at the age of 16 under Sensei Tani. At 21 he won the All Japan Shito ryu Championship, and after winning that title for the second time in 1964, ceased participating in championship Karate to devote his life to developing the style of Karate now known and respected throughout the world as SHUKOKAI. At 34, Sensei Kimura was the youngest ever 7th Dan from an internationally recognized style and reached the rank of 8th Dan Hanshi (Master).

The Australian Shukokai Karate Association was formed in 1980 by Sensei Paul Mitchell, together with Sensei Alan Murdoch. With clubs initially only in Dandenong and Wantirna, the SAMURAI KARATE INTERNATIONAL has now grown to be one of Australia’s largest karate organisations, with clubs in three States and over twelve hundred members. In 1982 the first International Instructor to visit Australia, as a guest of SAMURAI KARATE INTERNATIONAL, was Sensei Tom Morris, 6th Dan; followed, in 1983, by Sensei Chris Thompson.

In 1985 and again in 1987 and 1990, the SAMURAI KARATE INTERNATIONAL hosted Sensei Kimura’s visit to Australia. In 1989 Australia was visited by the founder and Grandmaster of Shukokai, Sensei Chojiro Tani 9th Dan. 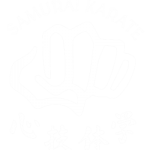